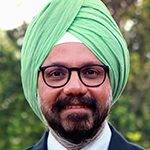 Bio
Dr. Sarandeep S. Huja, DDS, PhD currently serves as the Dean, of the James B. Edwards College of Dental Medicine and Professor, Department of Orthodontics Medical University of South Carolina Dr. Huja initially received his dental (1987) and orthodontic (1992) training from the Government Dental College and Hospital, Bombay. From 1993-2001, he was associated with three US institutions, receiving his MS (1995) from Marquette University, Milwaukee, his PhD (1999) and Orthodontic Certificate (1999) from Indiana University, Indianapolis and his DDS (2001) from University of Nebraska Medical Center College of Dentistry, Lincoln. His PhD was conducted under the mentorship of Dr. David Burr from the Department of Anatomy and Dr. W. Eugene Roberts in Orthodontics from Indiana University. From 2001-2011, he was a faculty at the Ohio State University working under the mentorship of Dr. Katherine Vig, a world-renowned orthodontist and educator. In 2011 he moved the University of Kentucky as Division Chief of Orthodontics. In 2016 he was appointed the Program Director of Orthodontics and Associate Dean for Faculty and Student Development and Graduate Studies at the University of Kentucky.
He has served as advisor for both PhD and Masters graduate students and has taught Orthodontics and Bone Biology to dental and graduate students. He has the Principal Investigator on grants from the NIDCR, NIH, Corporate and Foundations. His research seeks to understand bone remodeling, osteoclast biology and adaptation to physical forces. His students have been recognized with national awards on projects related to tooth movement and implant adaptation biology. Dr. Huja is also the recipient of the prestigious B.F. Dewel Memorial Biomedical Research Award, from the American Association of Orthodontists Foundation.
Dr. Huja is a member of the Midwest component of the E.H. Angle Society and is a Diplomate of the American Board of Orthodontics, and he also maintains an intramural faculty practice.
He is widely published in the field of Bone Biology and Orthodontics and is a frequent speaker at national and international meetings. He serves as the Vice Chair of the Planning and Award Review Committee of the American Association of Orthodontist Foundation and has previously served as an orthodontic site visitor for Commission on Dental Accreditation. He is an Alumnus of the ADEA Leadership Institute serving as the inaugural ADEA/ADEA Gies Foundation Drs. Connie L. and Richard R. Drisko Scholar. He also served as the President of the Craniofacial Biology Group of the International Association of Dental Research. 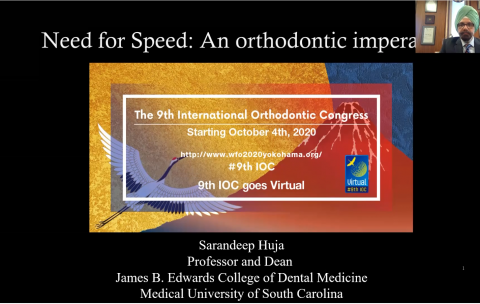 Need for Speed, An orthodontic imperative?

Many methods to expedite orthodontic tooth movement have been developed …

Need for Speed, An orthodontic imperative?