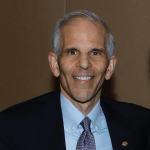 Bio
Dr. Peter M. Greco is a 1975 graduate of Hofstra University and 1979 graduate of the University of Pennsylvania School of Dental Medicine. He practiced general dentistry for three years and earned his specialty certificate from the University of Pennsylvania Department of Orthodontics in 1984. He served as full time Clinical Director of that department for six years thereafter while maintaining private practice in Philadelphia and its suburbs. He is a Clinical Professor of Orthodontics at Penn. He is also an Adjunct Instructor at Thomas Jefferson University Hospital in the Department of Oral and Maxillofacial Surgery, as well as an instructor at Albert Einstein Medical Center in Philadelphia. He is the recipient of the American Board of Orthodontics’ Earl E. and Wilma S. Shepard Award. He received the Outstanding Teaching Award from the residents of the Department of Orthodontics at Penn in 2018 and in 2021.

Dr. Greco is a Past-President of the American Board of Orthodontics and remains an examiner for that organization. He served on the Commission of Dental Education from 2002-2007. He is a monthly contributor to the AJO-DO as an Associate Editor of the column entitled “Ethics in Orthodontics” and is a reviewer for that journal. He is the Immediate Past-President of the National Body of the Board of Directors of the Angle Society of Orthodontists, serves as Historian of both the Angle national organization and the Angle East component. Dr. Greco’s academic interests and teaching responsibilities are in bioethics in orthodontics and TMD therapy. He is member of multiple dental and ethical organizations, and maintains private practices in Philadelphia and Ardmore, Pennsylvania. He teaches at Penn and Einstein two days per week in addition to his clinical practice. He resides in the Philadelphia suburbs with his wife Kate. 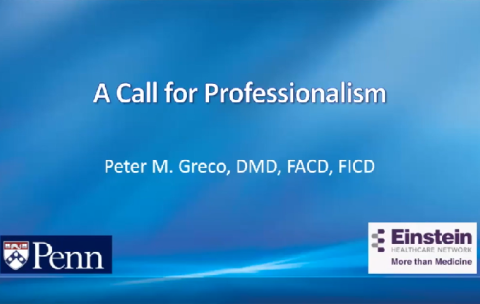 A Call for Professionalism

This presentation details the seven pillars of professionalism, such as …

A Call for Professionalism